
search
0 shopping_basket
en
close
What are you looking for ?
search
close
Choice of language
English French German

Back to the news
News
ISS Switzerland intervene during the 7th Special Commission on the Hague Conventions of 1980 and 1996.
Child Protection
Child Abduction 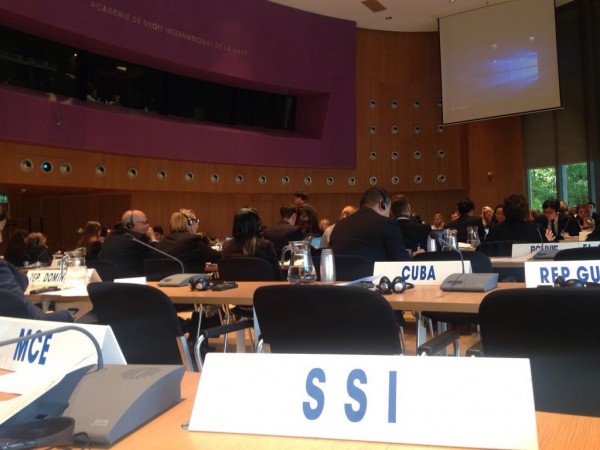 ISS was present with an international delegation from the United States, Germany and Switzerland.
The discussions concerned the means of applying the recommendations of the Hague Conventions 1980 and 1996, among which the most important ones are the following :

> In order to avoid a rise in the conflict between the parents and to secure a lasting settlement after an abduction, the resources for international family mediation need to be much more systematic. ISS has intervened for the promotion of this and has presented a plan to establish an international network of family mediators.

> To avoid parents moving their children in an illegal manner in another country, legal pathways should be facilitated in order to have an agreed procedure for the international movement of a child. This procedure called «relocation» is still difficult in many countries. ISS has intervened at the special Commission in order to address this aspect.

> In some countries such as Switzerland, the exceptions of returning of a child to his country of normal residence are taken in very restrictive manner. ISS has intervened at the Commission in order to stress that in each individual case, considerations of the interest and of the security of the child have to take priority.

For the CLaH 1996 (international protection)
The Commission has discussed the importance of also protecting the unaccompanied migrant children and youngsters (UMs) with the means that the Convention offer. Unfortunately, a consensus has not yet be found.

Alongside, ISS has conducted discussions with the judges, experts, central authorities and members of the permanent Office of the Hague Conference. ISS will pursue its advocacy for a redesign of the procedures in particular the Convention on « abductions », so that in futures an amicable and negociated approach will be used more often than the formal legal approach that often leads to less satisfactory results for the children and families concerned.