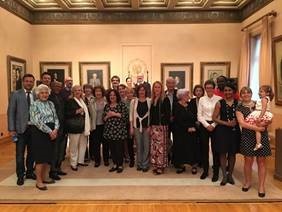 Countries discussed the functioning and current themes of the ISS Network. Among them, SSI Switzerland had the opportunity to present the organization's approach to migrant children. It takes the form of a manual that has just been officially launched and available here.